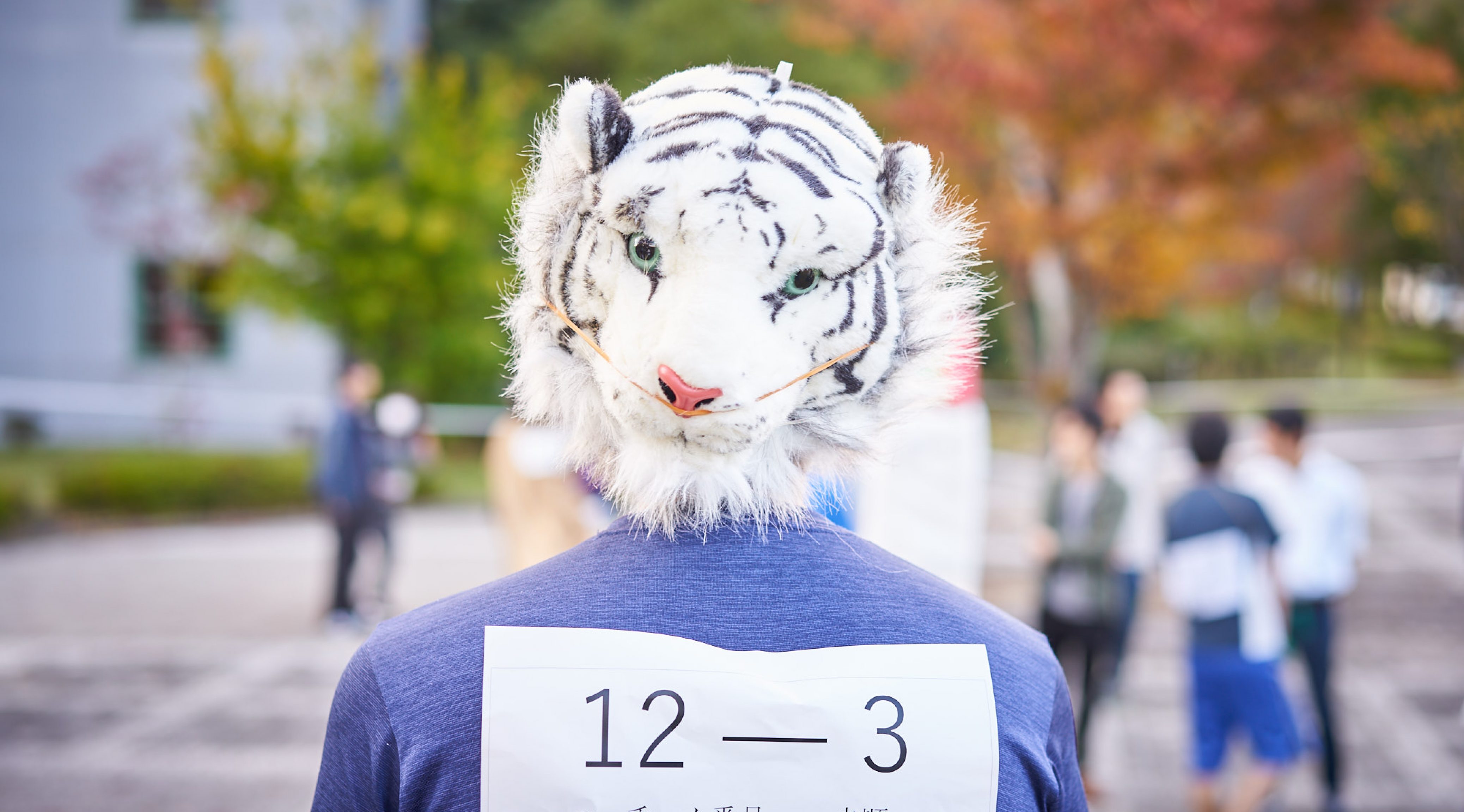 In NAIST, autumn doesn’t officially start without cosplayers running around campus. This is the time of the year when we cramp leg muscles and ooze creative juices, for activities other than research! Last November 6 marked the 24th Yoshikawa Cup, NAIST’s annual costume road relay race.

First, let’s get the name straight. It goes by many names: Ekiden Taikai (駅伝大会), Costume Road Relay Race, Official Start of Autumn—you name it! But by far, the most mysterious one has to be “Yoshikawa Cup”. Who’s Yoshikawa? The story goes that back in 1995, a group of students from the Graduate School of Biological Sciences organized the first official relay race in NAIST. They named the event after the dean at the time, Professor Emeritus Hiroshi Yoshikawa (吉川寛名誉教授). Gradually, the event grew and incorporated costumes and festivities to become the well-loved event we know today. This year, 14 teams participated—a whopping 120 runners!

As the clouds gathered from 14:30, so did the participants near the NAIST pond. A crowd of runners, as well as spectators, flock the registration tent. You can easily identify teams, as their costumes stick to a theme, while the members stick together!

In our version of ekiden, each team must run for ten rounds. A team is composed of ten members or less, wherein each member can run more than once—an effective strategy in some cases. Participants are encouraged to be careful with their running and to be aggressively creative with their costumes! Two major prizes await the winners—one for the fastest team and another for the best costume display!

After a welcoming message from our university President Naokazu Yokoya, the first runners of each team trickle to the starting line. A light breeze picks up as everyone anxiously waits for the signal…

The starter gun goes POP! And the runners are off!

In open events such as this, one can witness just how NAIST students can get… extremely creative. You can see some outright geniuses through their headgear, clothes, and batons. More than just a race, teams often go beyond just costumes and props, to put on an elaborate show.

The running proper goes on for about an hour, to the tune of the cheering crowd. With all this passion and enthusiasm, energy is bound to run low for some of our participants. But was it all worth it?

This concludes another successful, injury-free run of the annual NAIST Yoshikawa Cup. This is one of the casual events many of our students look forward to. In a way, it’s an avenue to take in some fresh air and enjoy the company of our graduate school peers. At the end of the day, it’s all in the name of team spirit, camaraderie, and fun.