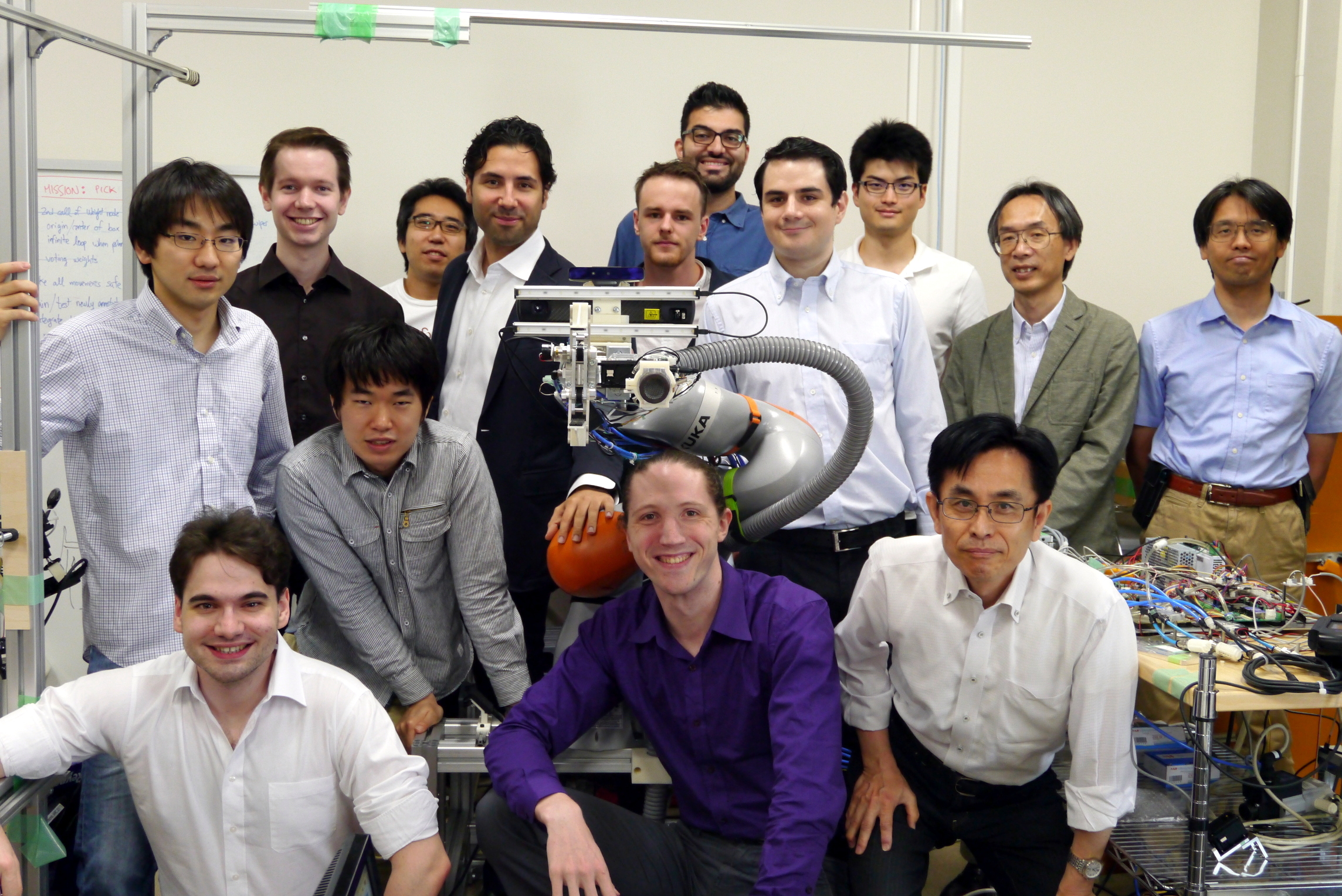 Team NAIST, winners of the Airbus Shopfloor Challenge 2016, have partnered up with Panasonic to participate in the Amazon Robotics Challenge 2017, a competition about warehouse automation to be held at RoboCup in Nagoya from July 27-30. Team leader Gustavo Garcia presents the team and their robot.

“The first impulse came from Panasonic, who saw a magazine article about our performance at the Airbus Shopfloor Challenge at ICRA 2016,” says team leader Gustavo Garcia. “They approached Prof. Ogasawara (currently Vice-President of NAIST) and proposed the collaborative effort. Shortly after, Amazon published the call for proposals, so we created the design and this video for our application from scratch in just one month. Since then, we have grown to be almost 20 members strong.”

The Amazon Robotics Challenge (ARC) aims at automating warehouses by making robots pick and place objects in cluttered environments. The teams have to design both the robot and the storage system for the two given tasks: the Pick and the Stow task. Both are unsolved problems in robotics, and currently still performed by humans.

In the Stow task, the robot has to take items out of a container, put them into its storage system, and report the place where the items have been stored. Points are assigned for correctly placed items, while avoiding drops or damage to the articles, or articles sticking out of the storage.

“One big challenge is the storage density,” Team Captain Garcia notes. “The volume of the storage decreased to just 30% of previous years’, which causes the articles to be very tightly packed. We have to deal with a lot of clutter and occlusions, and organize the storage space carefully.”

In the Pick task, the robot receives a list of items, which have to be picked from the storage and then placed in cardboard boxes. These boxes would then be shipped out to customers. The robot has to correctly recognize and pick only the right items, without shipping any wrong items to customers.

Capitan Garcia notes that the difficulty has been steadily increasing. “In previous years, all of the items were known to the teams in advance, which made the problem somewhat easier. This year, half of the items are given to us by Amazon only 30 minutes before the round starts! That is a real challenge for the computer vision.”

If their score is sufficient, the team will qualify for the final round on July 30, where both stow and pick task are executed subsequently, and the items remain in the storage system the same way they were placed by the robot. The prizes go up to 120,000 USD.

“Reliability is everything. This was confirmed by Amazon at the Workshop at ICRA 2016 – the system will not be scalable if it is not extremely reliable and fault-resistant. That corresponds to our design philosophy as well.

“We are extremely excited to be a part of this challenge. It is a real privilege to work on such a challenging, complex problem with so many talented team members. We will give it all we’ve got in Nagoya. Let’s do it!”

See the team as well as other big names (MIT, KIT, Tokyo University…) perform at Nagoya during the RoboCup 2017, July 28-30. Details on the ARC website.