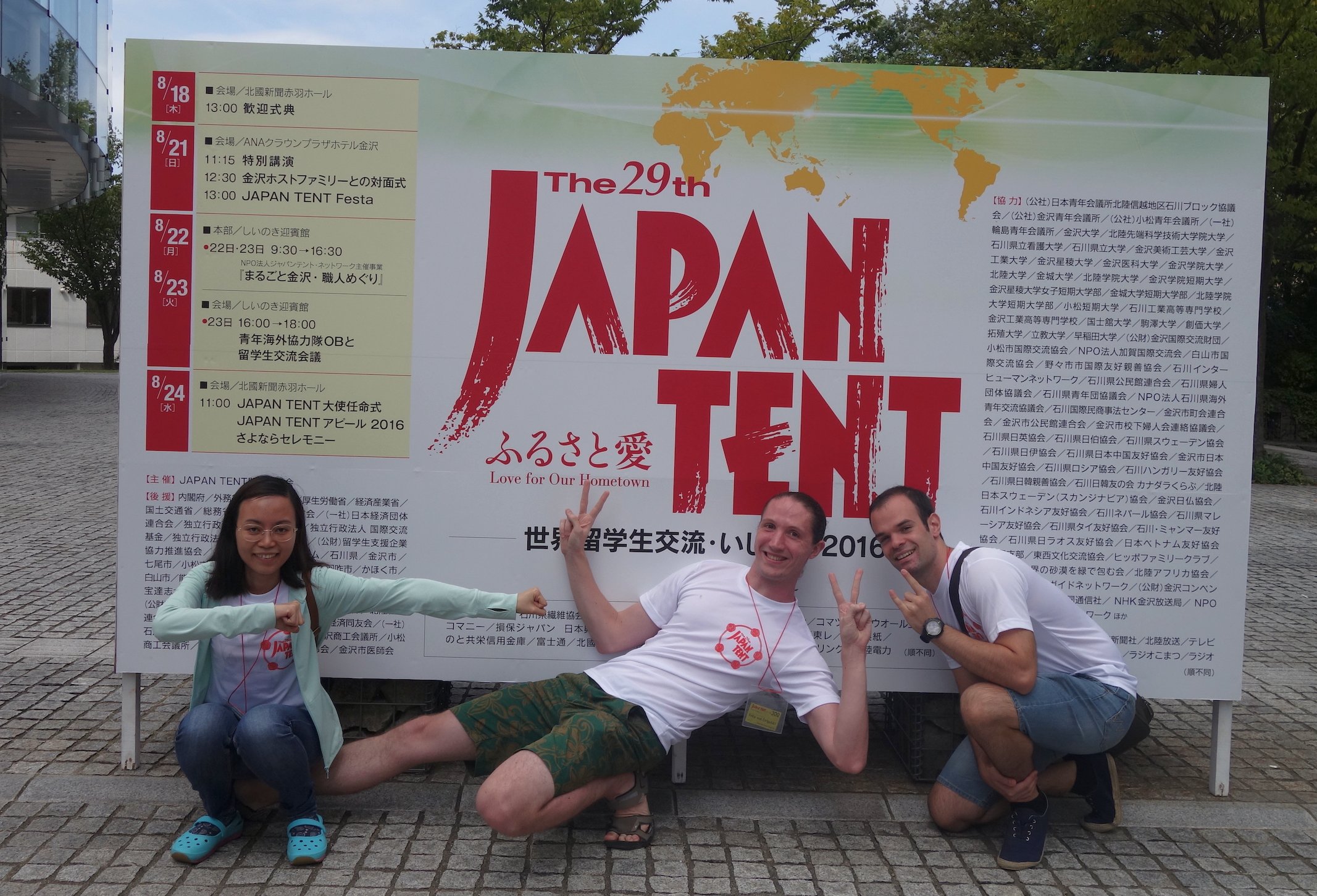 Every year, a number of NAIST students take part in Japan TENT, a week-long homestay program in Ishikawa prefecture. For the program’s 30-year anniversary, past participants tell their stories in this post.

Among Japan’s homestay programs, Japan TENT is surely among the most full-featured. Each year in August, it assembles 300 foreigners in Ishikawa prefecture for a full week, of which they spend the first 3 days spread out over the prefecture’s municipalities, and then stay 3 days in and near Kanazawa, the prefecture’s capital. The program is sponsored by Hokkoku Shinbun and completely free for the participants and families.

“There is nothing like it. The level of quality, polish and positivity is out of this world”, a participant notes. “When I signed up, I did not know what to expect, and now I don’t know how to describe it. Let this give you an impression: Right after you arrive, a mass of cheerful volunteers guides you to an auditorium, a professional TV presenter begins the opening ceremony, and plays a video message from Shinzo Abe. It is like that, non-stop, for the entire week. Unbelievable.”

The program with the motto “Love for our Hometown” has hosted over 9600 people from 166 countries since its inception in 1988. The participation of all the regions of the prefecture makes for a both diverse and intimate experience.

“What moved me most was the hospitality of the host families”, says Lotfi El Hafi (27th Japan TENT). “I had studied Japanese culture before coming here, but being welcomed into people’s homes like this was on another level. I am very thankful for the experience, and the hosts were very generous.”

Over the duration of the program, the entrance fees to the temples, museums, gardens, aquariums, castles etc. of the prefecture are waived for the participants and the host families. A great opportunity for everyone to take in the local sights.

Nguyen Le An (29th Japan TENT) shares: “I had been in Japan for 7 years already, but I had never had the opportunity to stay with a Japanese family. We went to so many places: Hakusan, the beach, Kenroku-en. I would recommend it to anyone who studies here and wants to experience the country and its sights.”

During the second half of the stay, the participants stay with host families near Kanazawa, the prefecture’s capital, which boasts a traditional lacquerware manufacturing and gold-plating industry. In free workshops, the participants can try their hand at the regional crafts and arts, and take their handiwork home.

Liliany (30th Japan TENT) says: “Japan Tent was one of the greatest events that has ever happened in my life. I had the chance to stay in Japanese families and experience their lifestyle, hang out with them and explored the township of Noto and Kanazawa City. We did a lot of Kanazawa’s typical craft, visited museums and ate typical regional food. It was the most amazing week!”

For the 30th anniversary of Japan TENT, past participants were invited back to Kanazawa to meet with their old host families and reflect on their experiences.

“It was a real privilege to spend time with my host families, both last year and during the reunion for the program’s anniversary”, Felix von Drigalski (29th Japan TENT) notes. “Between all the rules and status relations it can be hard to make a personal connection with Japanese people sometimes. Being welcomed into a family like this is a precious opportunity that I will not forget.” 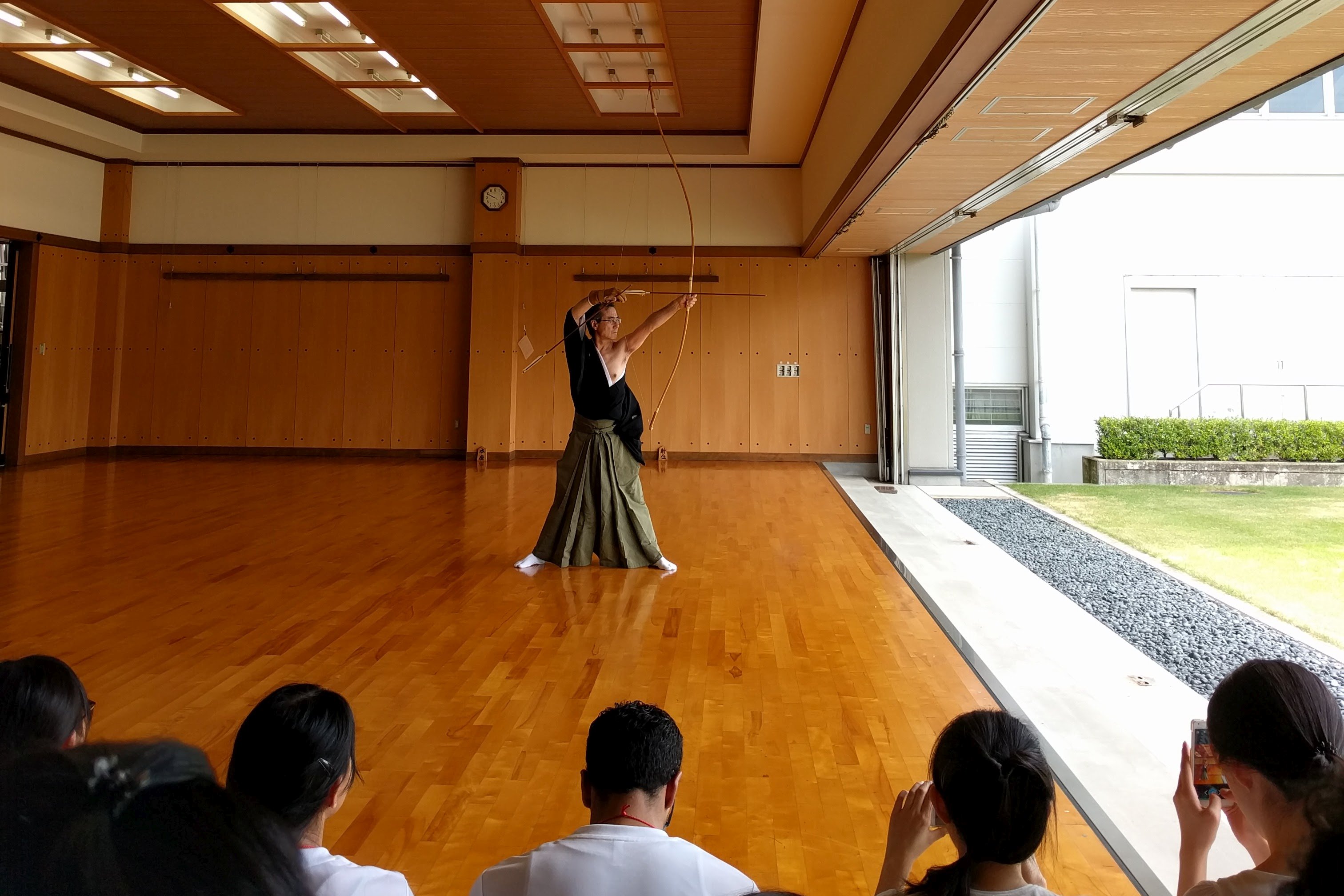 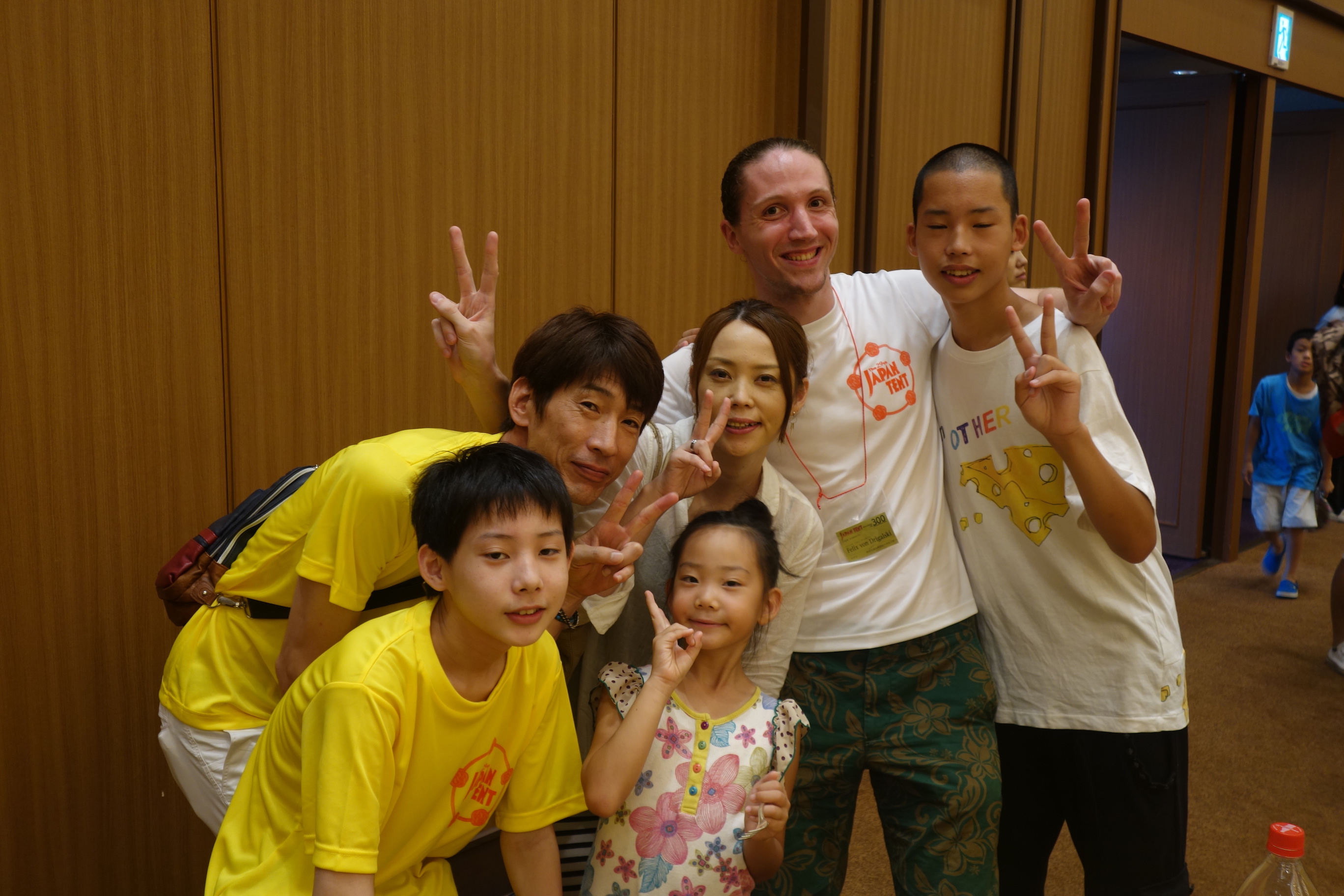 If you are interested in participating (as you should be) you will need to apply in June for the program in late August. The NAIST international student office announces the start of the applications by email and can help you with the forms. Enjoy!