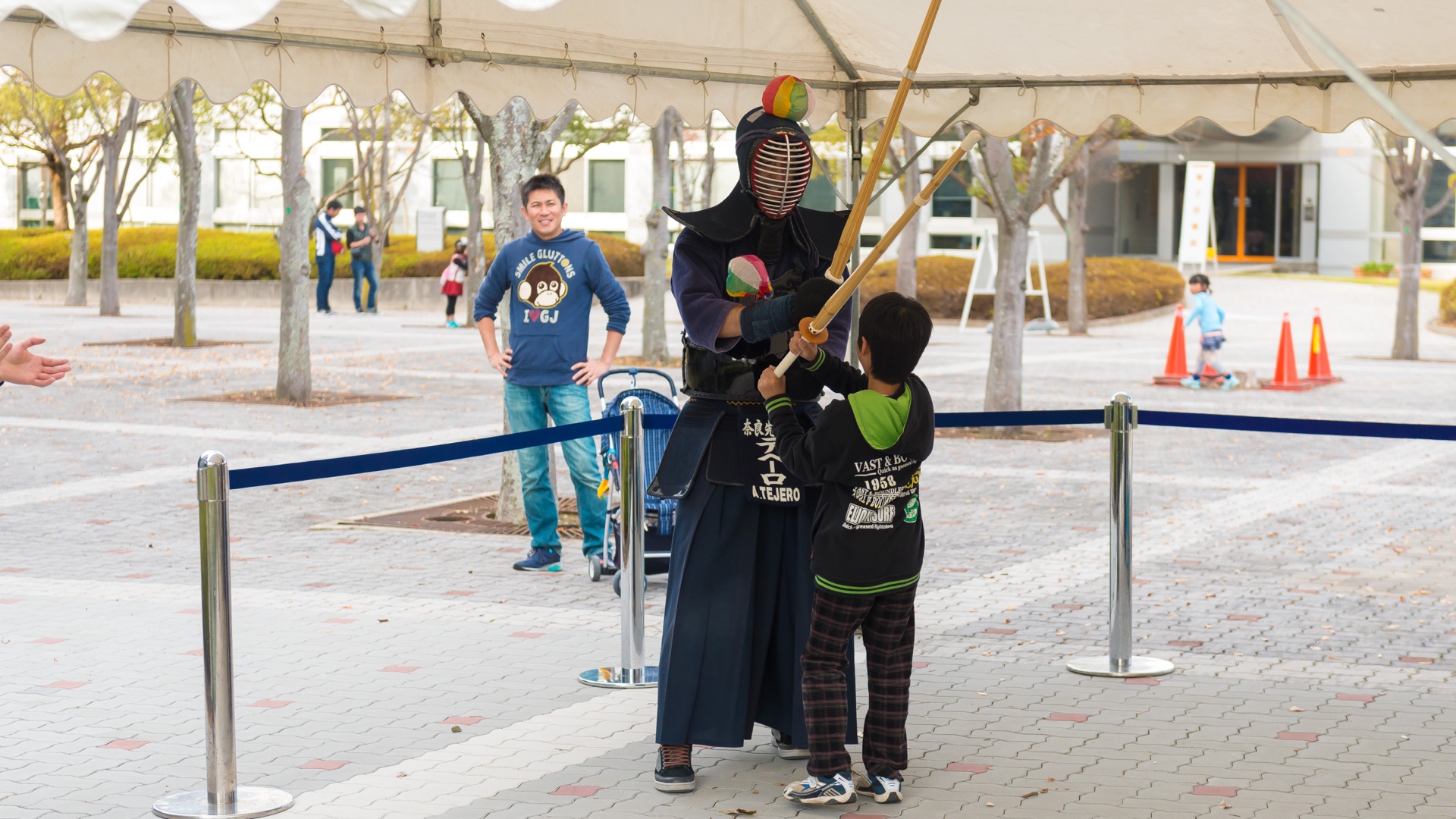 On November 13th NAIST carried out his Open Campus event. Unlike the one that takes place in March, this one targets kids and is full with activities and stalls where they can interact with new technologies and try a variety of interesting demos. But in the middle of all of that, there is always a moment for some physical activity. For this, NAIST Kendo Club also participated in the event, offering an exhibition of kendo equipment, videos of current tournaments and, the most popular, a kendo try-out.

Kids with and without experience in the sport gathered to fight NAIST Kendo Club members. In kendo not every strike is valid, and our members had balloons that identified correct hits (this time only head and wrist for the game).

“It’s not about hitting someone with a stick; it’s about correctness, making friends, and having fun while doing it!”

Our Kendo Club members first showed the kids how to swing the bamboo blade (or shinai) correctly. Then, before the “fight” starts, both opponents bow to each other; politeness is very important in this sport. They describe it as “It’s not about hitting someone with a stick; it’s about correctness, making friends, and having fun while doing it!”. Then, the kids would try to hit the targets but our members would not make it so easy for them.

Kids were satisfied with the exercise, but also very happy to be able to interact with our international students. Our Spanish member, Antonio, says: “During the game I was talking to them in Japanese, so some kids were very surprised when I took my mask off and they realized I actually wasn’t Japanese”.

Our Thai member, Oat, says: “Teaching them was very fun, in particular watching the smaller kids was very cute and encouraging”.

Nakatani, the other Japanese member added: “Kids lined up from the beginning to the end of the event, we were busy the whole time. I didn’t expect such a success!”.