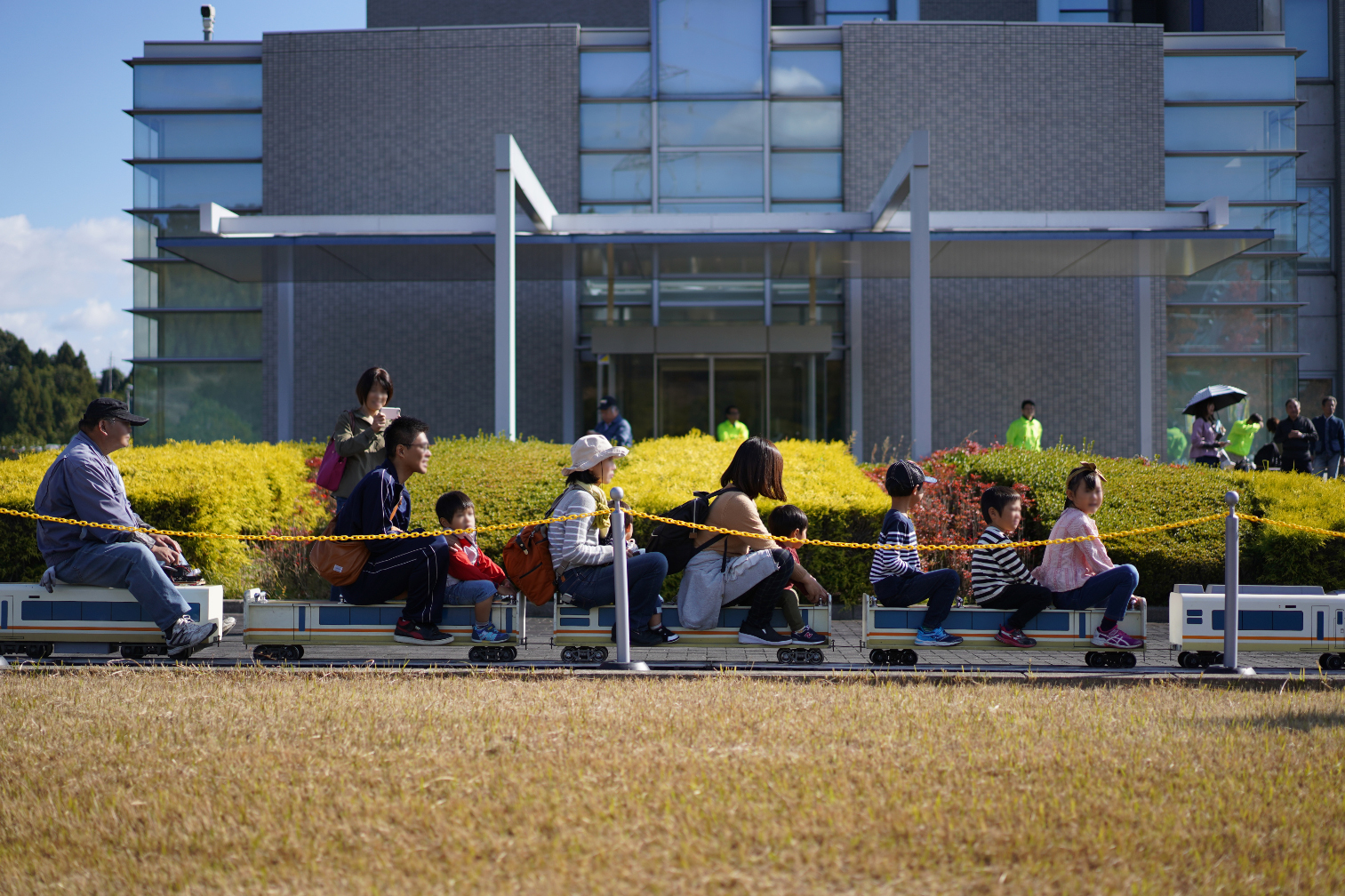 The Takayama Science Festival together with the NAIST Open Campus is an annual event held around the campus grounds to promote science and technology for the citizens of Takayama Town. I got the chance to explore the bustling campus grounds one sunny autumn Sunday.

Families, students, and staff gathered at the NAIST gates from 10AM. Guests were welcome to explore and interact with the various demonstrations prepared by the volunteers. As usual, the happenings were spread across four different venues: the three graduate school buildings and the Takayama Science Plaza.

Many booths were set up, for foods, goods, demos, and performances. Friendly exhibitors and booth personnel received incoming guests, making the atmosphere of the event very much inviting! It’s really one big family affair, as it’s one of the rare times where you would see kids run freely around the campus.

If the volunteers are busy, I wondered who takes care of the volunteers’ kids? NAIST actually provides family support for faculties and students, which today comes in the form of free professional child care. I dug a little deeper and found out that NAIST takes the welfare of its staff very seriously, establishing the Gender Equality Promotion Office in 2009. The office actively campaigns and supports important aspects of work-life balance, focusing on childcare benefits and gender equality.

After walking around for a while, you will notice a peculiar three-faced figure–NASURA! This year’s Open Campus was the first to feature NAIST’s official mascot, the winning entry to NAIST’s 3-month design contest for a mascot that best represents the institution. NASURA, created by Mr. Masahiro Sato and Ms. Hikari Mikoda, bested 278 competitors to win the privilege of being NAIST’s first official mascot.

Visitors are always in for a treat as they view and experience each of the exhibit areas. NAIST staff and students alike had their share of fun as they happily accommodate the guests and explain what their research is all about. At the end of the day, Takayama Science Festival X NAIST Open Campus is one science-fueled family affair!