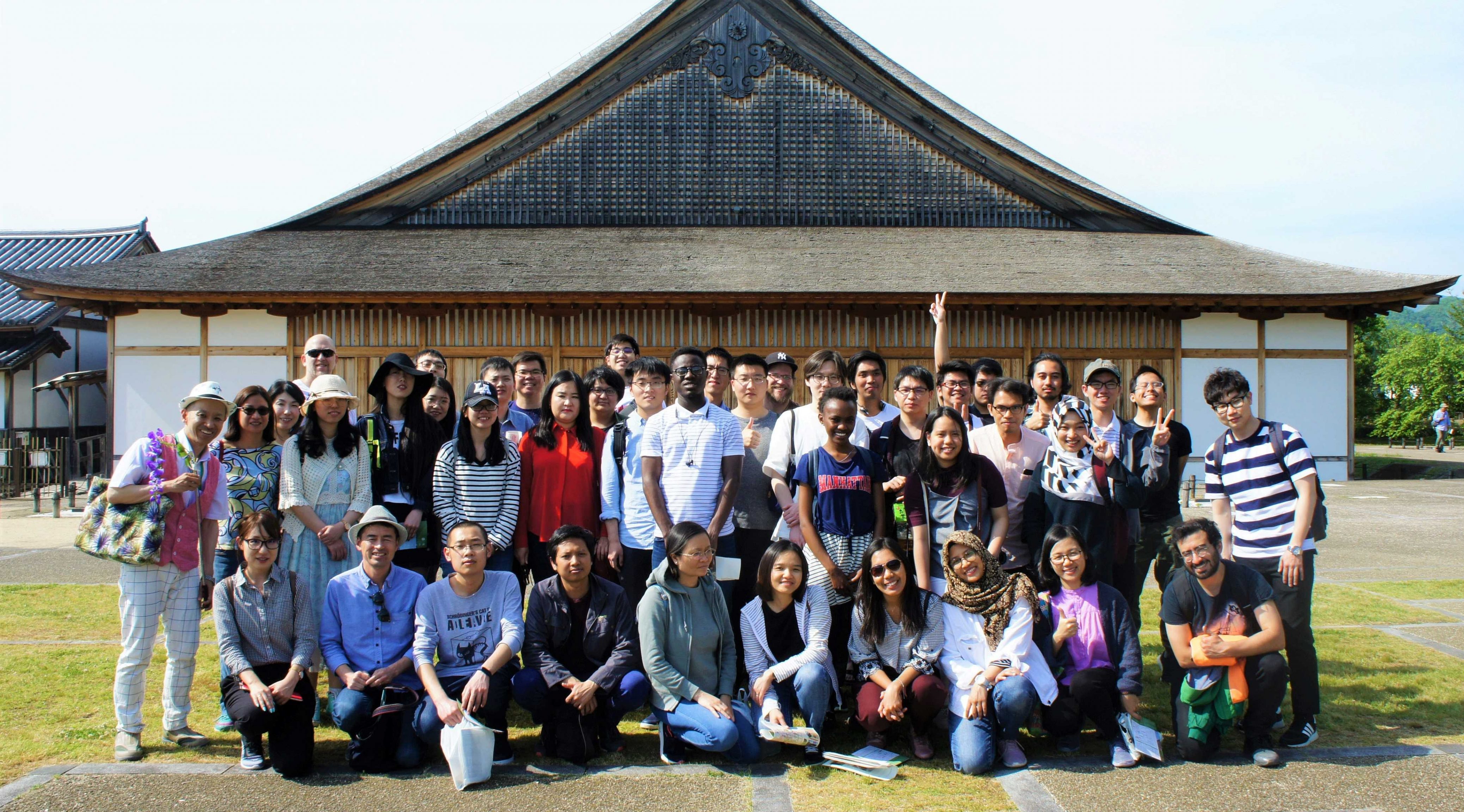 Old and new NAIST international students were in for a treat as the International Student Affairs brought them to Tamba-Sasayama, an old castle town located in the heart of Hyogo, on May 12, 2019. A group of 41 eager students, from all three divisions of NAIST, joins us today! The event opens with soba-making lessons, followed by a refreshing afternoon walk around the garden, all conveniently located at Eitakuji.

We tried our hand at soba-making at Eitakuji Soba Dojo, under the guidance of a master soba maker. We were taught that traditional soba-making follows a rigorous procedure, which can be categorized into three major steps: (1) dough-making (水回し, mizumawashi), (2) flattening (丸出し, marudashi), and (3) cutting (切り, kiri).

As a reward for our hard work, for making fresh soba from scratch–a hearty soba and tempura lunch!

After lunch time, the group then went to the Sasayama Castle Great Lecture Hall (篠山城大書院), which is said to be comparable to Kyoto’s Nijo castle in terms of architecture. It was built on the orders of the 16th century shogun Tokugawa Ieyasu. Inside the structure are replicas of samurai armor, which are said to weigh around ten kilos each. Although this already sounds heavy, the original ones used in the ancient times are believed to be twice or thrice this weight.

Following this is a stroll around the Aoyama Historical Village. Housed in this area is the Tamba Sasayama Dekansho Museum, where students got to enjoy a VR experience featuring a dance to the “Tamba Sasayama Dekansho Song – The Memory of One’s Home Sung with Folk Song,” which became a heritage of Japan in April 2015.

The last stop was the Samurai Residence Anma Family Historical Archive Hall, where the participants took a glimpse of a samurai’s humble abode. Descendants of the samurai are said to still reside in some of the houses within the vicinity.

To cap off the informative and enjoyable excursion, the students enjoyed some ice cream made from the popular Tamba Sasayama black soybeans.