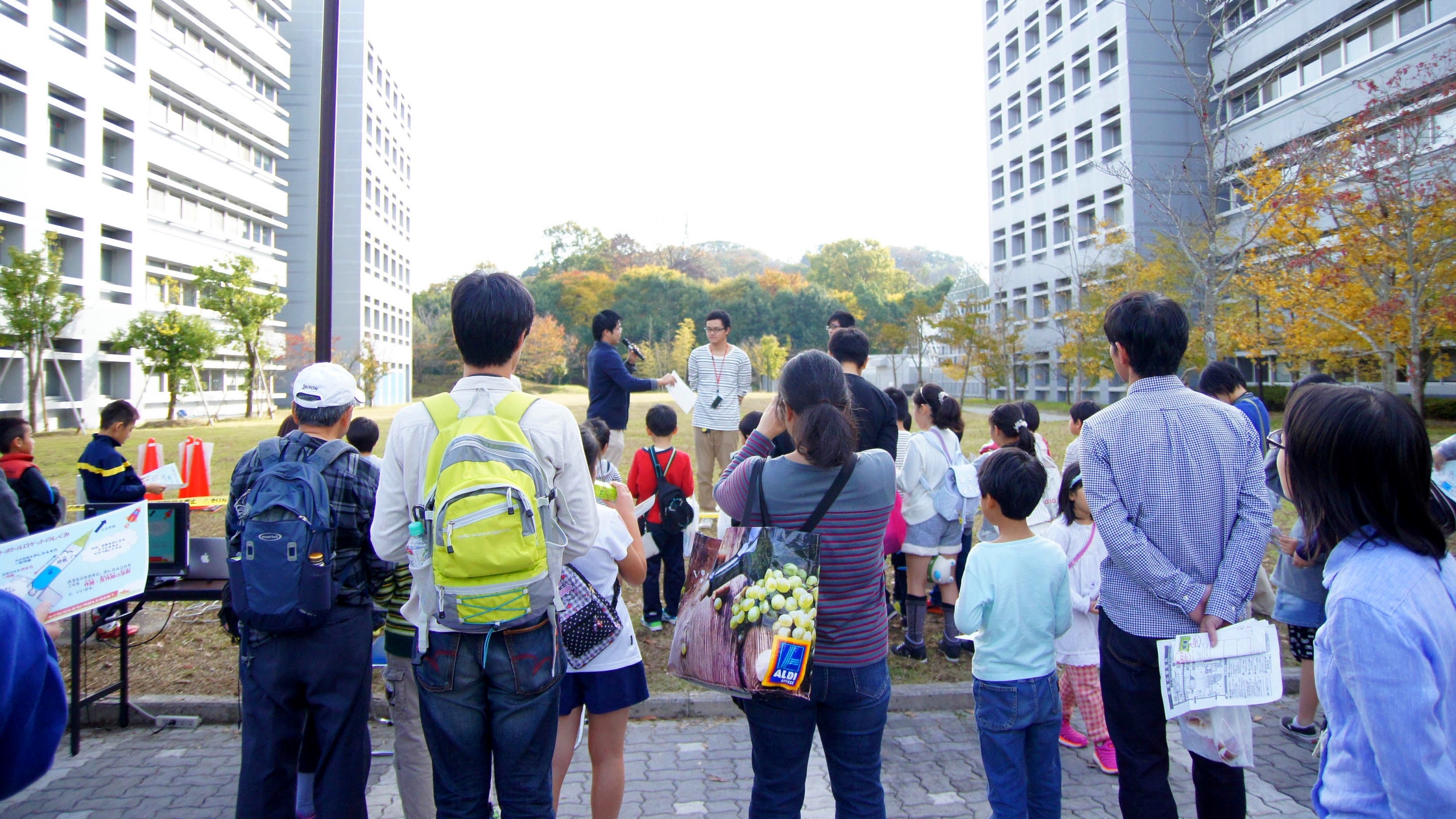 On November 13th, NAIST carried out an Open Campus dedicated especially to kids, where they could learn about science while having fun at the same time.

NAIST Science Communicators, or NASC, is a group dedicated to extend science among the general public through various public events and presentations. This time, they prepared an activity in which the students would learn why a rocket can fly, a class about the mystery of why fireflies glow in the dark. This activities were presented by 1st-year Master students from the Biological Sciences department.

For the first activity, they prepared various rockets made out of plastic bottles and made them fly using the compression power of air and water. By changing the amount of these, rockets would fly in a different way and kids would try to guess the reason of this phenomena. Tanaka, in charge of this activity, says: “Although there were several failed launches in the rehearsal, that allowed us to improve so the activity went smoothly. It is a new way of showing science, and it is awesome seeing the audience’s reaction”. As the grand finale, they used a rocket with a parachute and a camera that allows seeing the launch in first person.

“It is a new way of showing science, and it is awesome seeing the audience’s reaction.”

They also used a different types of rockets, propelled by the force of enzymes present in vegetables and fruits. After grating some vegetables, they launched various rockets to experiment which one flies further and why. Ogawa, in charge of the activity, says: “Sometimes kids don’t understand what you say, so you need to think of another way of explaining science, and then both sides can enjoy the activity. You can connect with other people through science”.

“You can connect with other people through science.”

Finally, Kobayashi was in charge of explaining the kids how fireflies produce light, and then create your own light using different chemicals. “As the representative of the Biological Sciences department for this event, I was very nervous!”, she confessed.

You can find more information about them in their public website (in Japanese): http://bsw3.naist.jp/nasc/.