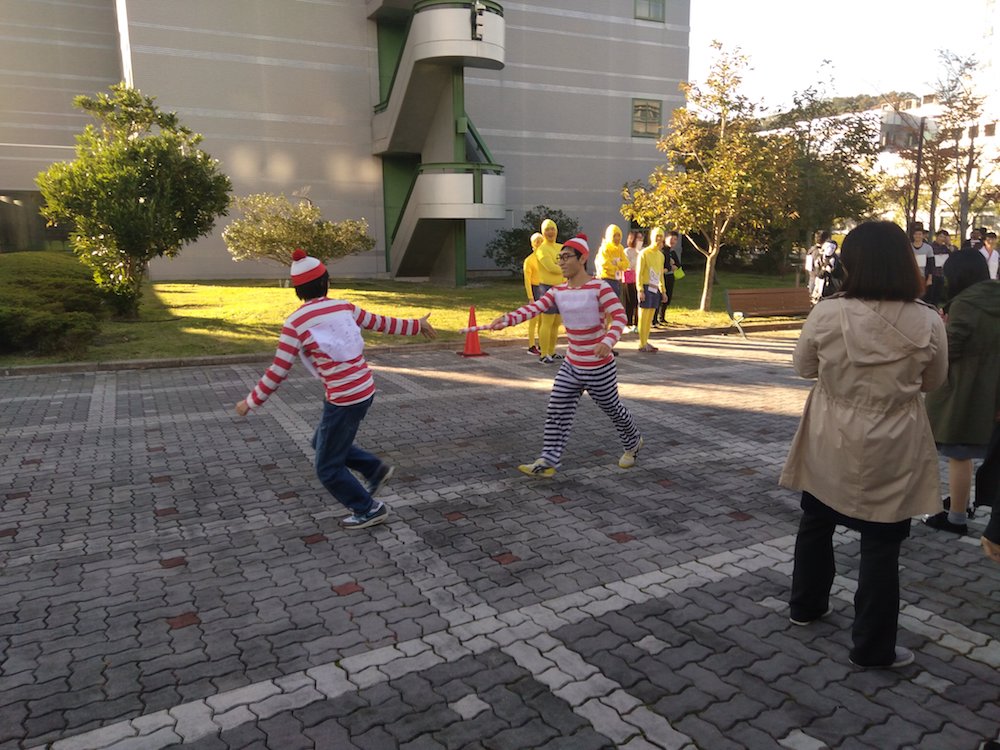 The Yoshikawa Cup (Ekiden Taikai), a traditional annual relay race at NAIST to deepen the friendship among students and staff, was held on November 1 for the 23rd time.

With the rising popularity of Halloween in Japan, the number of groups who run the course in disguise has steadily increased. Not only the fastest teams, but also the teams with the best costumes receive prizes. A wide variety of costumes is made every year and presented in the crowd before the opening of the event. 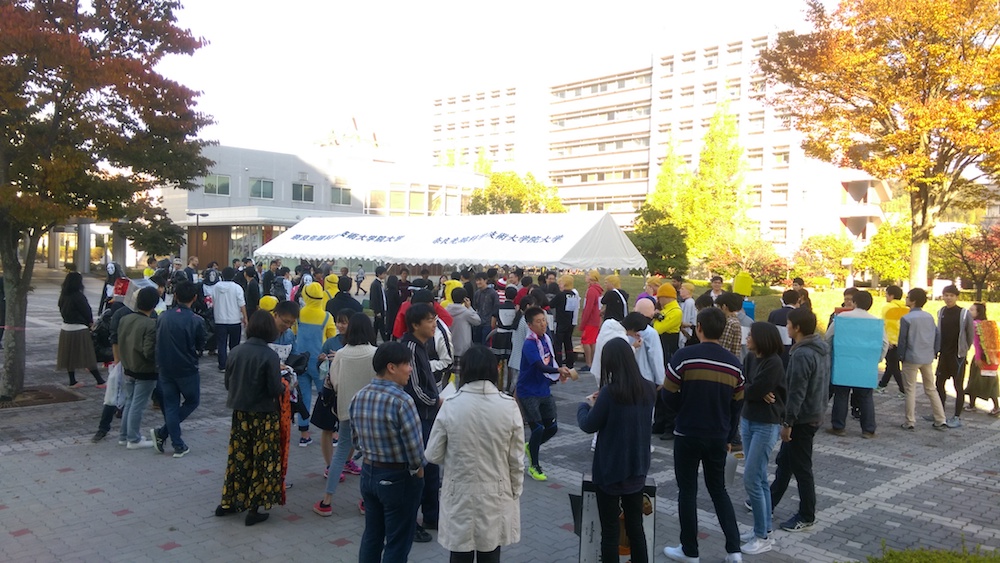 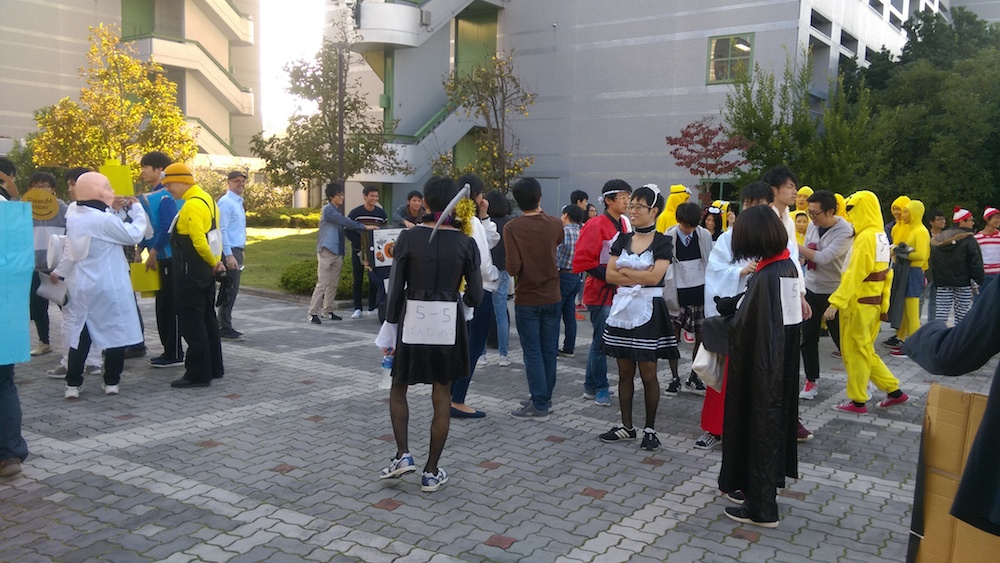 Attendees pose together and take pictures of each other to great merriment. Popular themes include sushi, Pokemon, TV characters, cross-dressing and presidents. 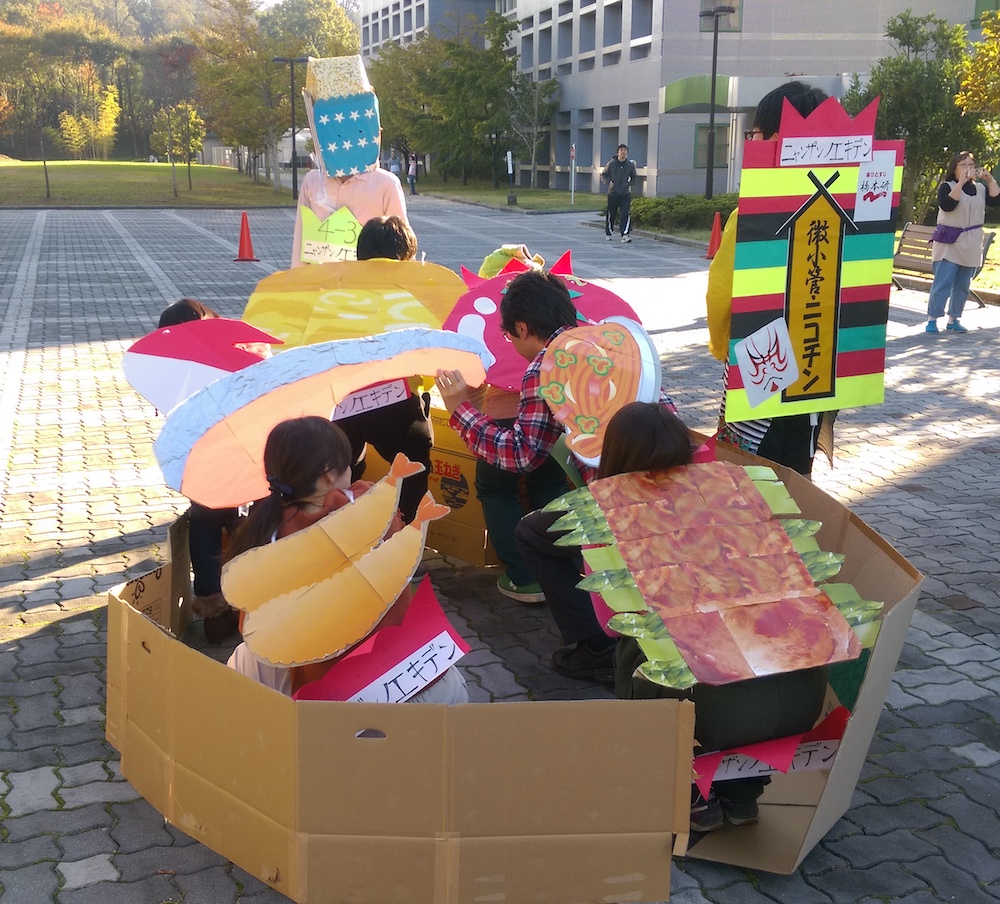 In good weather and health, the race started. 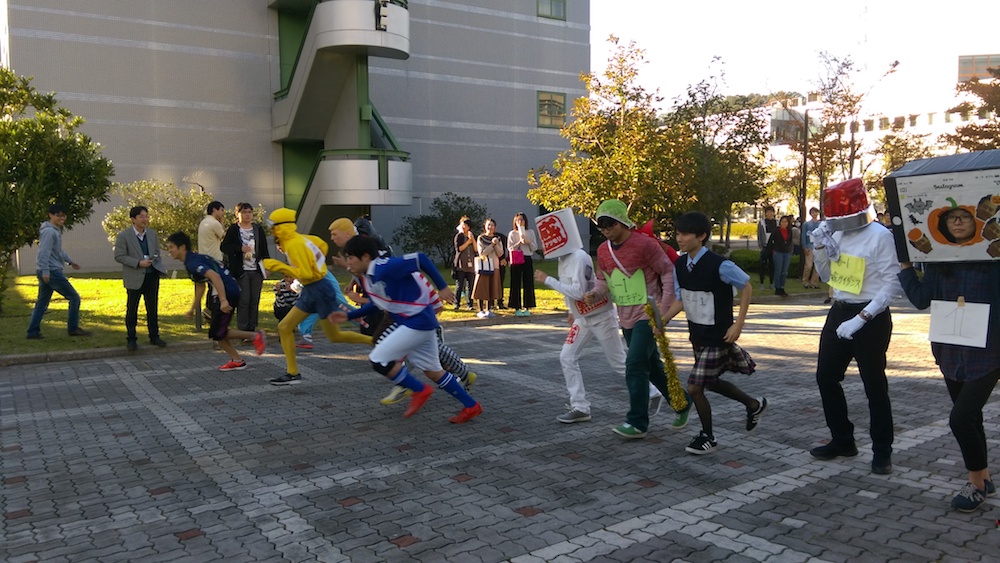 Even in disguise, the teams were fast, with some teams putting up a great performance.

After the race, participants attended a social gathering, where they could bond and celebrate each other’s efforts. 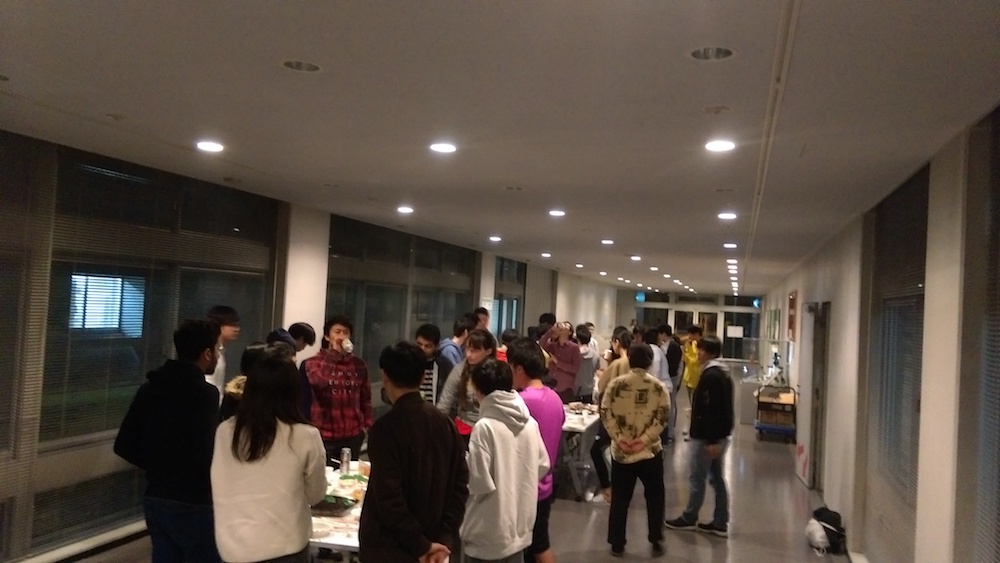 There are not many opportunities to have special costumes on campus (outside of the Halloween parties), so students treasure the experience. How about participating next year? You might make new friends!